Andrea and Nora Spinola took part in the celebrations to mark the 60th anniversary of the donation of Palazzo Spinola di Pellicceria to the Italian State by the marquises Franco and Paolo Spinola. Today, the building houses a national gallery.

A residence of the Spinola family since the mid-18th century, Palazzo Spinola is one of Genoa’s most handsome buildings: motivated by a strong interest in culture, in 1958 the two marquises decided to enable the public to enjoy the attractions of their residence by donating it to the Italian State, together with all its artistic contents. In a far-sighted move, Paolo and Franco set as a condition of the donation the “maintenance of the building’s appearance as an historic residence”, which continues today, and suggested that the National Gallery of Liguria be installed on the third floor, whose abandoned rooms could be converted into a modern museum. The museum exhibits masterpieces donated by the Spinola family, as well as works acquired by the State over the years documenting the importance of Ligurian painting. The collection includes Ecce homo by Antonello da Messina,  Portrait of Giovanni Carlo Doria on Horseback by Pietro Paolo Rubens, and the statue of  Justice by Giovanni Pisano. 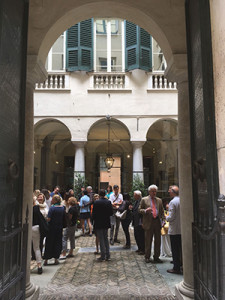 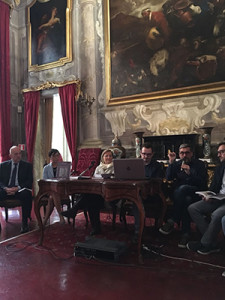